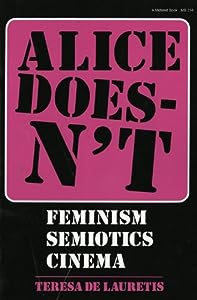 Teresa de Lauretis: Her account of subjectivity as a product of "being subject/ed to semiosis" (i.e., making meanings and being made by them) helps to theoretically resolve and overcome the tension between the human action (agency) and structure.

She makes use of Eco's reading of C.S.Peirce in order to establish her notion of semiotics of experience. She brings corporeality back to the discourse on the constitution of subjectivity which has been conceived mainly in the linguistic terms. Her semiotics is not just the semiotics of language but also the semiotics of visual images and non-verbal practices. Her (Peircean) "habit" or "habit-change" is often compared to Bourdieu's notion of habitus.

An excellent account of her "semiotics of experience" is in:

De Lauretis coined the term "queer theory" although the way in which it is used today differs from what she originally suggested by the term.

She has been credited with coining the term, "queer theory", but abandoning it barely three years later, on the grounds that it had been taken over by those mainstream forces and institutions it was coined to resist.