We Are Everywhere. The Irresistible Rise of Global Anti-Capitalism 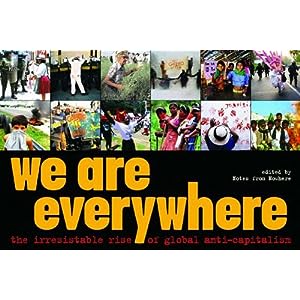 In 1994, indigenous Zapatista rebels emerged from the rainforest shouting “Ya Basta” in defiance of the birth of the North American Free Trade Agreement. This band of women and men rekindled a radical resistance movement that was to inspire a whole new generation. From urban street reclaimers in London and land squatters in Brazil, to Indian farmers protesting GM crops and the Italian White Overall Movement, spontaneous uprisings found a shared enemy—global capital.